This week, on August 17th, a new update will release!

We are very excited about this update, as it includes many different items that have a large impact. Lets get right into it! 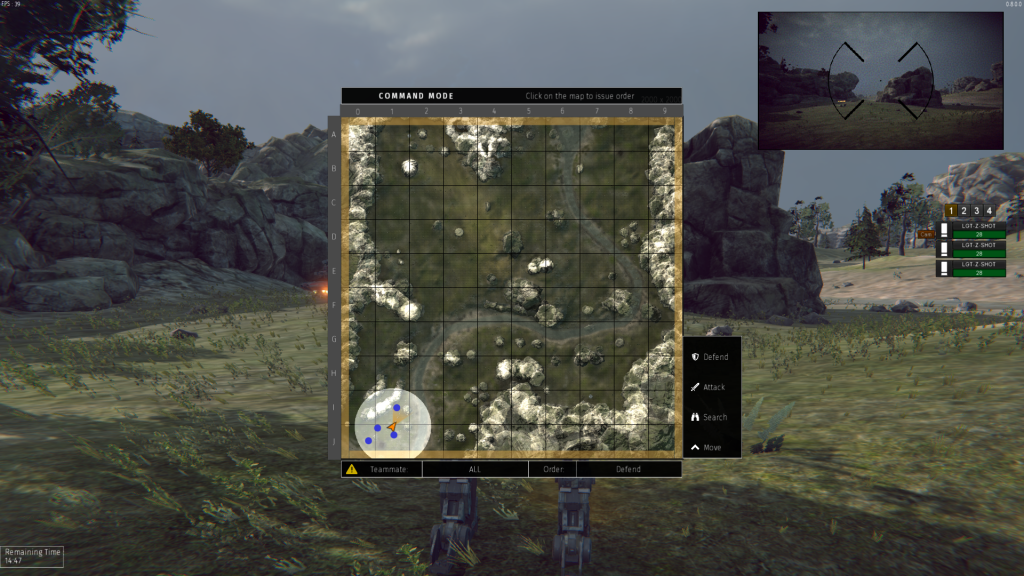 Engineers equipped with a Comm System can enter command mode by pulling up their map and holding the control key. In Command mode, they will be able to issue orders directly to teammates. There are 4 different order types, Defend, Attack, Search, and Move. if you are issuing an order to a human team mate, they will be able to see the order type and location on their map. It is still up to them to follow the order though!

An AI player will execute the order to the best of their ability, assuming there is nothing they find much more pressing (like getting blown up).

Defend: The AI will move to the location and patrol the area. They will attack any enemy they encounter, but will not stray to far from the location.

Attack: The AI will move to the location and attack any targets they see along the way. If they find a target close to the order location, they will attack and pursue that target until it dies.

Search: The AI will move to the location and start a search pattern in a broad area looking for targets. They will not attack unless provoked. Once provoked, they will attack and cancel the order.

What else you ask?

Well, to help power all those new found Engineers, FuseCorp has release a new line of light cockpits!

The Helike line of cockpits provide a great energy generating cockpit, in a compact size. With a varieity of modules, the cockpit can prove to be quite versatile in the Engineer role, even pushing into medium sized cockpit stats in some cases. However, the energy plants, and corresponding cooling systems, left little in the way for firing systems, limiting the available weapons you can equip.

Not to fall behind, Rox Kinetics has released an experimental part. 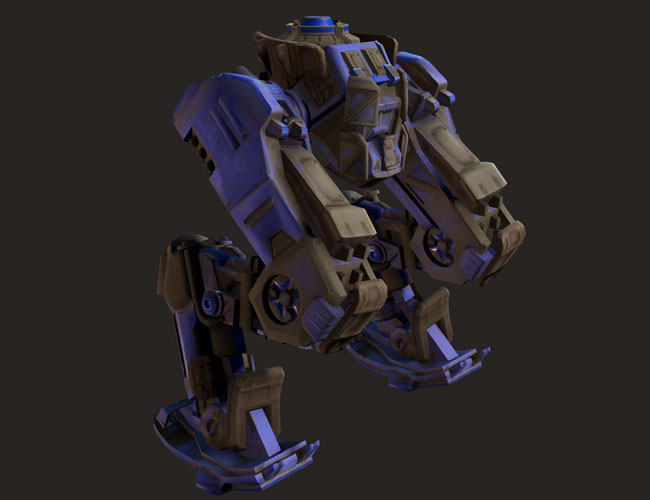 The Wolf legs are an experimental digi-grade style leg, created to try and maximize the performance of the bipeds speed and the reverse joints stability. These legs are fast, able to hit a top speed over 75 KPH, and carry a decent load while doing it. They did get great stability control, though the movement of the leg makes firing while moving difficult. All this technology comes at a price of durability. The complicated movement did not leave much room for protection, so armor and overall durability suffer quite a bit when compared to traditional bipeds.

All levels received an update to some degree, some getting a full overhaul. I will let images speak here:

AI has been significantly improved from a path finding and behavioral perspective. They tend to be more aggressive, less predictable, and more effective overall, but especially in a team setting.

Lighting and shaders have been improved through out the game to make MAV’s look as good as they can.

Per level environment settings have been updated.

In general, performance has gone up on all levels. Some levels, like Giant Leap, should see significance performance gains.

The update will be live on August 17th. See you on the battlefield!