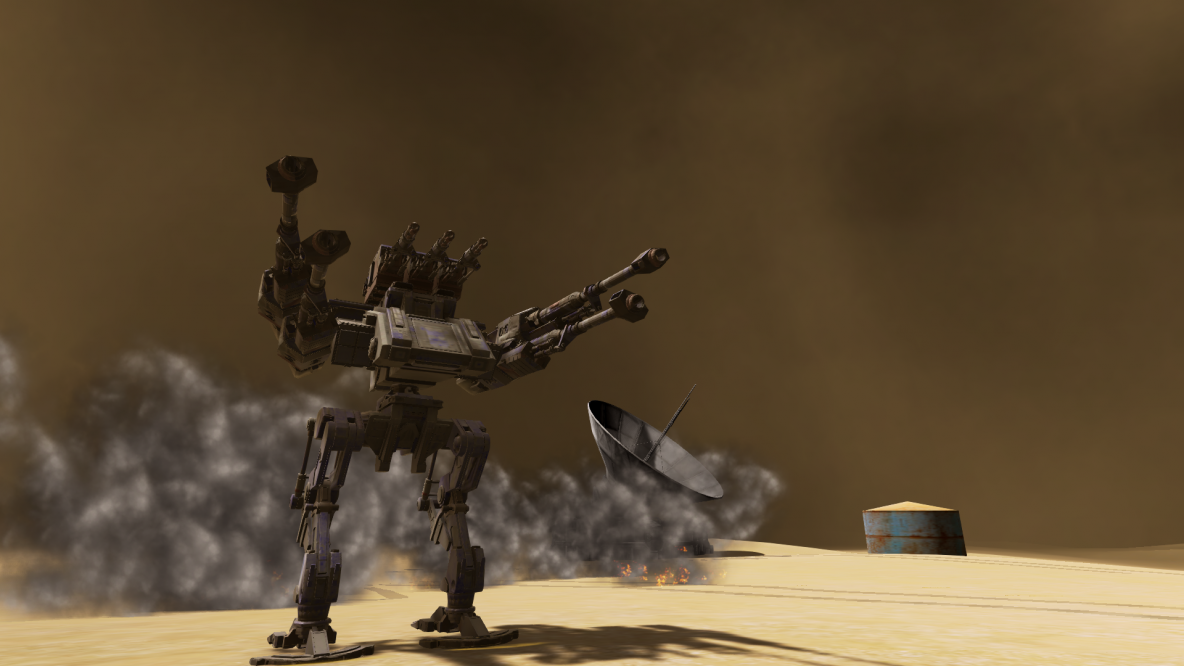 It’s update time again and we have a great update in store for you this month! The update will be releasing on Friday. June 29th!

To start things off, the UEC commissioned their favorite military manufacturer, DSMR to create some new parts to help in the fight against the mining revolt. UEC forces has been trying to adapt to the fighting techniques of the miners, who like to use mining charges and ambush tactics. They found it very difficult to place parts in a way that would be effective without creating a weak point for the mining charges to blast them apart. Enter the Armored Spacer solution. DSMR has created a line of spacers that are completely immune to the mining charge blasts, primarily by slapping tons of armor of a traditionally weak part, weight be damned.

Lucky for the miners, a orbit to surface rail delivery was redirected and these new armored spacers are available to everyone to use!

What good would this drop of new parts be without a better way to utilize them?

The Garage has received quite an overhaul, aimed at increasing its user friendliness, usability, and decreasing the learning curve.

To decrease the learning curve, we have implemented a full, self guided, tutorial system for the garage. While we have only implemented a few steps to the tutorial in this build, we will continue to expand it out and utilize it to help introduce new changes and features in the garage from here on out.

You will see the new system in action the first time you load up the garage after the update. Each popup will give a small tidbit of information about the garage functions and will not be shown again once you close it out.

Hovering over a part in the garage will now display a small nameplate, identifying what part you are hovering over. This is great for when you are deep into the build process and lost track of which parts you were switching for what, or maybe you just forgot what legs you had equipped. This small bit of information will prove very valuable for the heavy garage users.

Using the right click menu, it is now possible to enable a floating part stats dialog for any part in the garage. This allows for some on the fly comparisons between parts, again making the building process much more streamlined. The stats dialog will only show a subset of the part stats however, but it’s tuned to a per part category selection of which stats to show.

Right clicking on a part in the garage will now bring up a dedicated right click menu, containing the options to delete the part, rotate it, duplicate the part, or open up the part stats dialog. This menu centers around the selected part, following it as you move it to the build. It makes for a much easier to use and access set of functions that help you make choices or streamline the building process.

A much asked for feature, you can now pan the camera using the middle mouse button. The camera will pan perpendicular to your current view, allowing you to better see your builds connection points and make those perfect part placements. If you want to reset you view, a reset button will be visible once you have panned the camera away from the starting location. There is also a location helper that will allow you to better visualize the new rotation point for the camera.

The garage now has a fully featured undo system, allowing up to 20 undos, along with memory to redo actions as well. The undo system is capable of tracking events such as deleting a part (attached or floating), attaching parts, detaching parts, part rotations, and leg swaps. We know that the process of creating the perfect build takes lots of iteration, so the undo system will help you achieve those results without the fear of time consuming mistakes!

As with any patch, some balances changes were made:

We look forward to seeing you in-game on Friday. June 29th for the update!