The November update is here and brings with it lots of exciting changes! 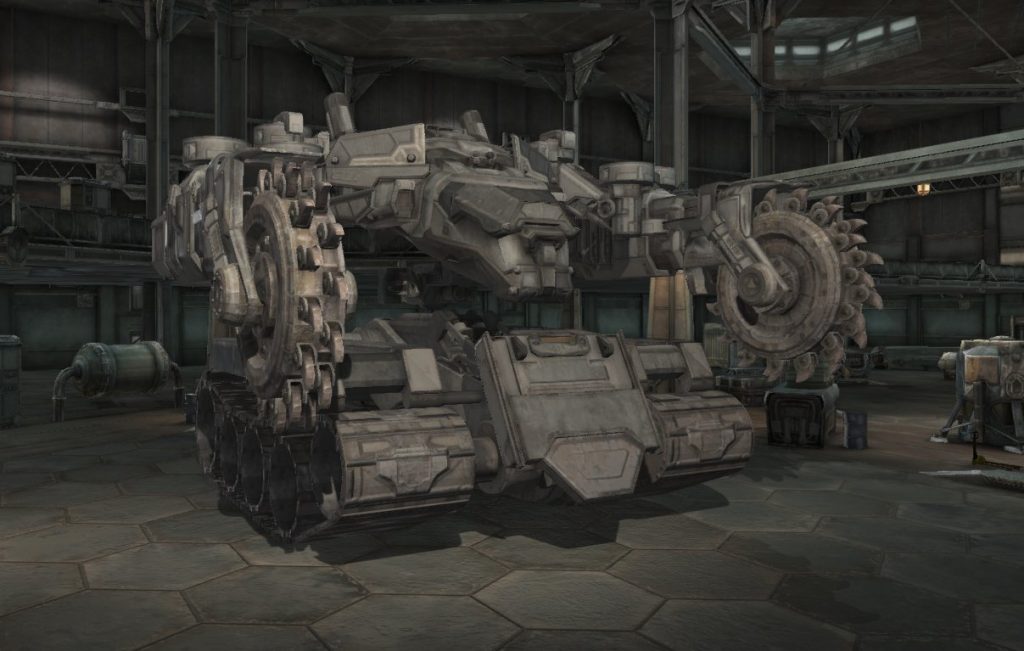 This massive saw is designed to rip apart rock and ice, which makes it an excellent weapon to tear your enemies apart with as well!

It’s blade spins up with a terrifying sound, dealing damage to anything it touches. It has the ability to extend out to grab enemy that are just out of range and will even pull smaller enemies towards you once the teeth start to tear into them!

It’s big, it’s heavy, and it can soak up a lot of damage. But the fuel needed to run the saw is very susceptible to heat, so try not to let it catch on fire 😉 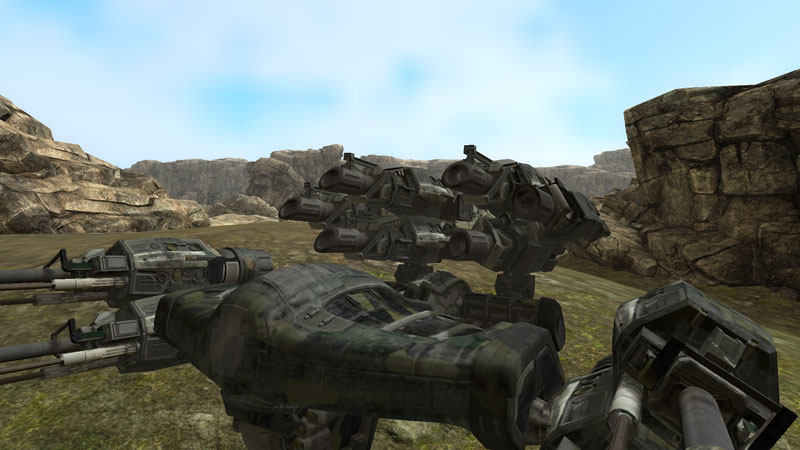 Bring the Thunder with the Frontier GL40MM

Frontier manufacturing brings in a new line of weapons based off the excellent mining charge launcher they were know for before the war. The GL40MM line fires a concentrated, 40mm explosive projectile, right into the face of the bad guy.

Because of the compact size of the weapon and the focus on damage potential of the projectile, they have a very limited range. To help over come this range, they have been equipped with a drop indicator cross hair to help you gauge those long range arcing shots.

While the weapon is overall very solid, it is small in comparison to what you might have come to expect from other manufacturers. The small size of the projectile and limited blast range make accuracy a very important factor. We recommend firing them in groups of 4 or more. 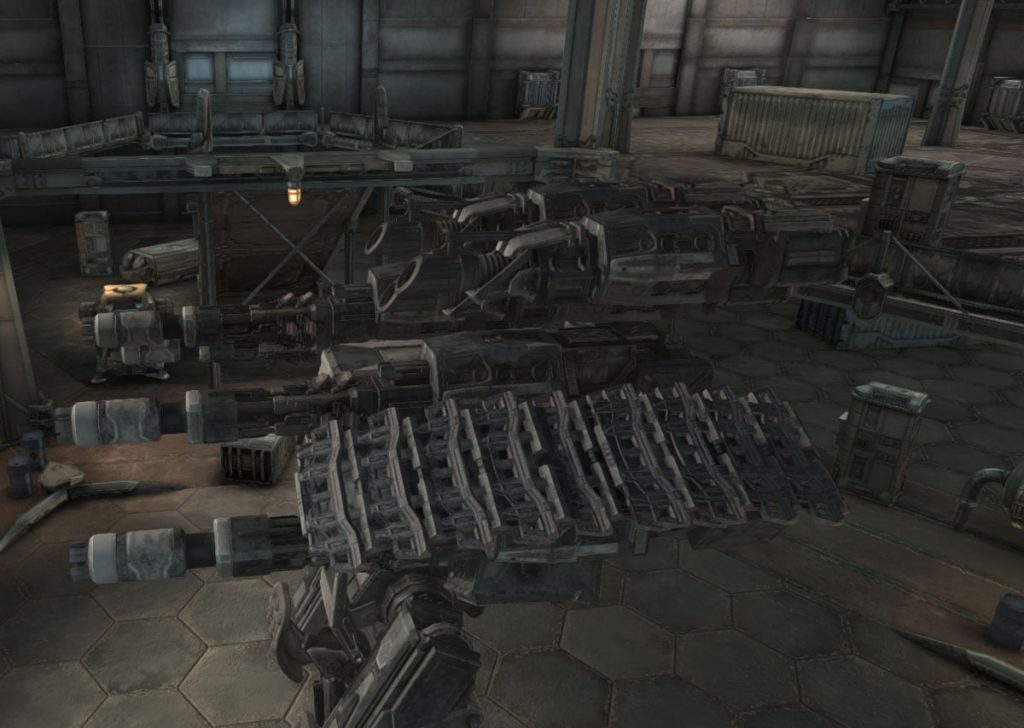 Frontier Manufacturing was never really known for their style choices but when it comes to making high quality from what is basically scrap, they got you covered! Created from the salved parts of industrial equipment and lost battles, the new line of Frontier Armor is light weight and provides incredible protection. Boasting some of the best weight to durability ratios out on the market, coupled with the impressive coverage size of most of the pieces, I am sure you will find a great use for these armor plates!

However, the construction quality of the armor leaves a bit to be desired when faced with high explosives. Don’t expect this armor to shield you completely from blasts, as while it makes a great bullet catcher, it gets shaken apart by explosives fairly quickly.

This one is better seen in motion: 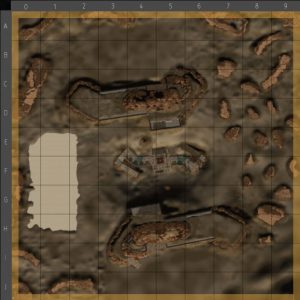 Battle can get hectic and in the thick of it, we know you can get turned around. Some of you have even walked clear off the battlefield map before! While we know that would never be intentional, we have established a bit of a perimeter around the designated battlefield. If you enter the orange zone, you get a friendly warning. Leave the field and you have 10 seconds to get your sorry deserting butt back on to that battlefield before we remotely destruct your MAV. Remember, we all fight for glory and honor here!

To help foster our growing community of film makers and meme shakers we have added an official ‘Free Camera’ mode. This is currently an experimental feature and as such is a bit hidden.

To activate the Free camera mode in single player you will need to press ‘F7’. This will drop all UI elements and disengage your camera from your MAV. This mode can be entered into at ANY time, even if your MAV is no longer with us. If your MAV is still up and functional, you can toggle controlling the free camera and your MAV with the left Alt key. Control of the free camera is setup to use your normal MAV movement keys (WASD by default) and your weapon group previous and next keys to control height (Q and E by default).

Also to help the community, an experimental option has been added to disable the secondary camera in the game. Pressing ‘F8’ will toggle the secondary camera off and on. This is a temporary setting, you will need to toggle it every time your deploy in a MAV. This gives you some flexibility in testing frame rates in certain situations or giving you more perception in the single camera at the loss of awareness in the secondary camera.

Rockets were starting to see much heavier use as a ‘boating weapon’, enticing players to slap 12, 16, or even more rocket packs on to a single build. While this makes for great screen shots, it was becoming apparent they were quickly getting out of hand.

The firing speed on 4 shot rocket packs has been decreased slightly.

The arc height of rockets has been adjusted to match a similar path as howitzers.

Even with these changes, I find that rockets are still a very viable primary and secondary weapon. Their use is pushed more to a support role, engaging from longer ranges where the fire delay between rounds is not a factor, but the new grenades fill the short range splash burt the rockets where being used for.

These were another weapon that was starting to become a ‘spam’ weapon and it was even less fun to play against than rockets.

Burst fire changed from 15 rockets to 5

Impact force changed to 600 to reduce the amount of cockpit spin created.

Damage increased from 5 to 10

There are lots of other small tweaks or changes as well, including a large number of bug fixes

News Bar – on the main menu there is now a news bar that will provide links and updates about the community and game events, directly to the game.

Biped hit detection issues – There was a strange bug that could cause MAV’s using biped legs in multiplayer to appear invincible. This has been fixed.

Bullet catching – With builds that have weapons far enough back and other parts in the projectile path, it was possible to ‘catch’ your own bullets and then release them again at will. This was a very rare issue, but has now been resolved.

Let me know what you think of this update in the comments!