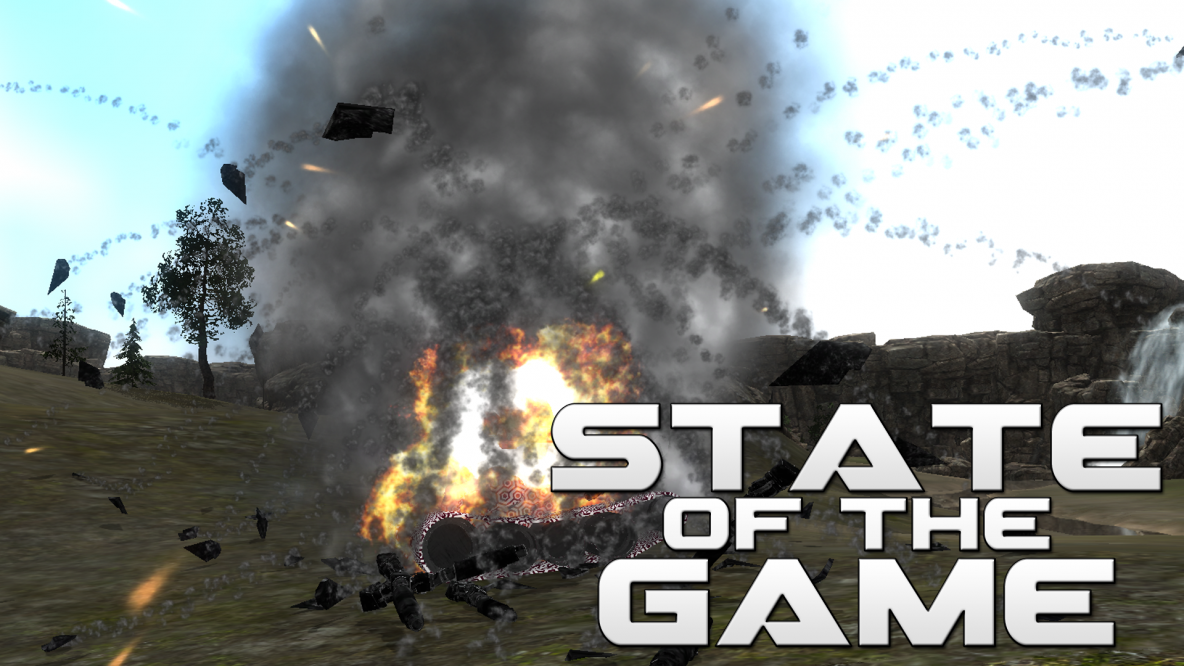 Wow, what a crazy week it has been! Talk about having a great community! If you haven’t checked out the videos in the October part contest thread, you need to now! I will be doing my best to highlight theses in the next few days!

If you haven’t entered into the October contest, now is your last chance! You know you want to win this bad boy:

As far as development is going, I have made some significant strides this week! The most satisfying thing I have done so far is completely strip all Steam code and plugins from the game. To put this in perspective, I was able to remove over 500 lines of code from the login system alone! That’s about 11 pages of solid text! The big plus is the amount it reduces the complexity of everything as well.

On top of this, I was finally able to track down and fix a long standing multiplayer issue know as the ‘barrel clearing bug’. This bug only impacted multiplayer and only the first shot of each weapon after you spawned. The first shot would not have the same velocity or arc as the other shots. In some weapons, like rockets and howitzers, it was much more extreme. The worst part, it didn’t show up on the clients machine at all! It took about 4 hours of dedicated debugging but I was able to track it down to a simple issue. When the new indirect fire range finders were added, they interact with the projectiles to help ensure they actually go the correct distance. Unfortunately, this bug was setting the range of the first projectile to be ZERO, which caused the first shot to act like it was past it’s intended range as soon as it was fired! Luckily the fix was very simple to implement and it’s been working great!

While I was looking into projectiles, I also investigated some reports that the indirect fire weapons were not actually hitting at the correct ranges. I was able to identify some cases where this was correct and extreme enough to warrant a fix [over shooting by more than 100 meters]. I have made some changes that make them MUCH more accurate from 0%-75% of their range, but there is still some extreme overshooting as you get closer to 100% of the range. I am still working on a solution for this, but I feel it will be a fairly quick fix. This will cause the indirect fire weapons to behave slightly differently.

Oh, before I forget, the change made the AI ~500% more accurate with indirect fire weapons. Support AI are SCARY now! They will NOT miss at close ranges any more!

And for the title bout, I have been working on environmental hazards. These are designated areas that will do damage over time, catch you on fire, or both, or any other variety of things, if you enter their area. They are being designed to either be placed in levels, deployed as a deployable, spawned when something dies [giant oil refinery buildings, I am looking at you!], or when a projectile hits.

Over all I think they can provide a lot of variety to gameplay and how the maps play out. Hanging out in a repair shed while it’s taking damage might get more dangerous, as you will be covered in fire if it dies with you in it!

While these hazards are meant to be ‘alive’ from a few seconds to forever, I am also working on a way to have instant area damage hazards as well. This could be a blast from a classic ‘exploding barrel’ to a death blast from a ejecting MAV.

In a game about trading damage in smart ways, what better thing to do than add more ways to take damage? 🙂

Well, that’s it for this week! Stay tuned to see the contest winners on Thursday!