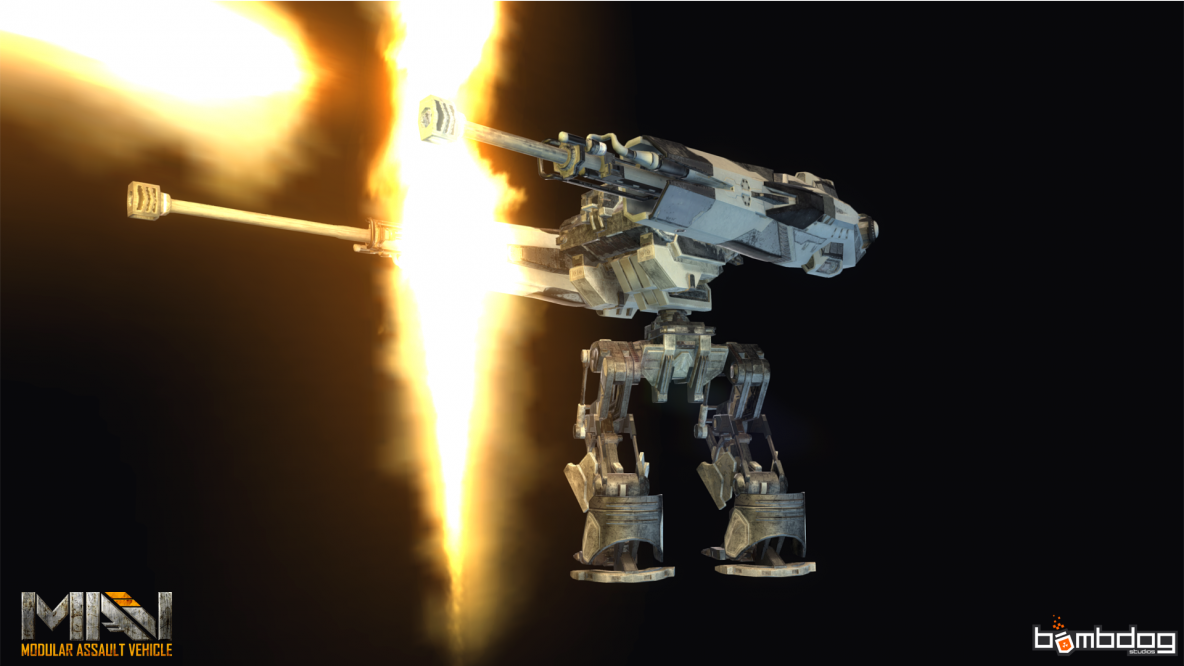 And with it, it brings, a bag of goodies and cheer;

For which you can enjoy all through the year!

All rhyming aside, lets see what’s in this update! This experimental part by Northernlight manufacturing is the pinnacle of wanting to reach out and touch someone with holiday cheer! With a range of 2000 meters, it can hit just about anything you can see. However, the aluminum slugs it shoots are meant more for destroying anything they hit, not so much flying straight, so choose your shots carefully at extreme distances and aim for big targets. Speaking of big, you are going to want a generator, or three, as these cannons are very energy hungry!

This is the ‘little’ brother to the Ivan howitzer, both of which are made by Wilson Munitions. It’s lighter in weight, comes in a smaller package, and it’s over-sized shells are easier to handle with the improved barrel mass. The larger shells mean a bigger boom on the receiving end as well! All this size does have a drawback though in the form of reduced ammo capacity and a smaller range when compared to the Ivan. Overall a great howitzer for delivering ‘BOOM’ at a distance!

These two spacer shapes have proven to be quite versatile for the miners getting modules into just the right spots when constructing their MAVs. They are larger in size than some of the other spacer varieties which allows them to have several different attachment node layouts.

This update is not just about some parts though! No, for the AI have been watching and learning this whole month. They have been perfecting the art of strategy and teamwork, mastering the art of Siege. Watch for yourself:

So here is the full details:
The AI can now use deployable AUX systems. This includes, uplinks, turrets, supply depots, and walls.

They have different logical conditions on when they think it will be a good idea for when to place the deployables. They use the same system as players, the logic basically tells them when to press the deployable button, the same game rules apply to them as it does players for if the deployable is placed.

The AI have an improved ‘Team logic’ processing, better passing information between AI on the same teams.

The AI will now ‘communicate’ with their teammates items such as, location of deployables that they have placed, if they are alive or dead, the location of enemies that they have confirmed with line of sight, and what they are currently planning on doing. Players automatically communicate this same information to the AI on their team [minus player intent, my systems are not that good yet!].

Before, the Team AI system only knew of 3 tactics. Do nothing, defend the base, or Attack the base. They have added ‘Searching for Targets’, ‘Balanced attack’, ‘Focus Fire’, and ‘Player Escort’. They also have a faster processing time for these tactics and a better neural net for picking when to use each tactic.

The AI has new orders

To accommodate the new tactics the AI order handling has been expanded from ‘Attack’ and ‘Defend’, to also include ‘Search’, ‘Guard’, ‘Reinforce’, and ‘Flank’. These orders handle how the individual AI MAVs try to position themselves on the battlefield in response to all the conditions they are aware of.

But of course, why would I stop with just the AI? Here are all the other changes in this update:

* Fixed spawning inside of buildings
* Fixed issue where exiting a game mid match would permanently lock your mouse
* Fixed graphical issue with deployed ‘blockades’ that could cause the terrain to render invisible on certain levels.
* Fixed 73 floating trees on New Amazon
* Fixed 43 errors found by data mining multiplayer server logs and client logs from Sunday Funday matches
* Fixed some minor timing issues with multiplayer match joining and clients receiving messages incorrectly
* Made network lag prediction account for clients average ping to the server to help smooth out multiplayer movements on client machines.
* Fixed issue with the Map system not properly displaying team colors after switching teams in multiplayer matches.
* Reworked spike based weapons to be easier to hit with. The now use a small cone for collision detection and it is active for a fraction of a second. This is instead of the straight line, instant check that was done before.