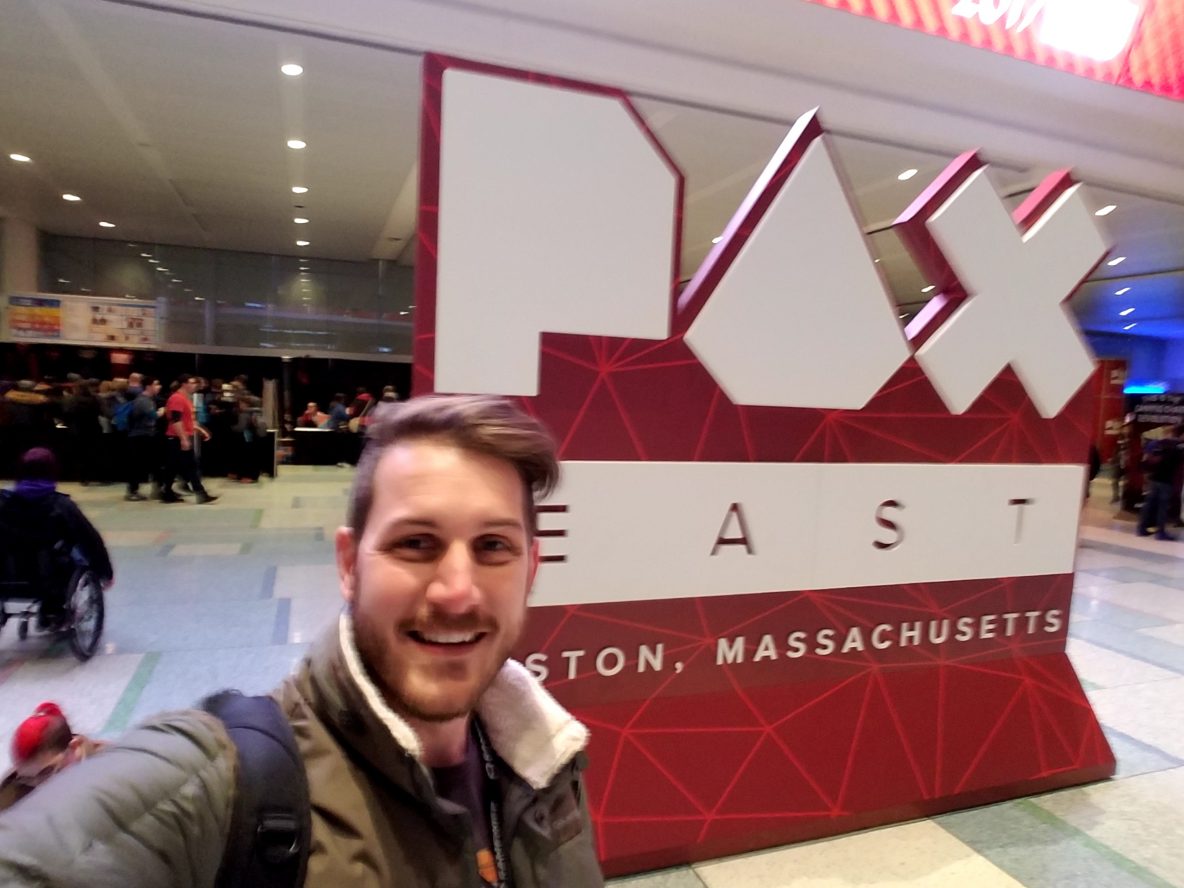 WOW, what a whirl wind of a weekend! WARNING: This is going to be a VERY picture heavy post, and most of the are selfies 🙂

It all started at an incredibly busy Austin airport. Apparently flying during the SXSW festival is going to be a crowded affair. The best thing though was I was sitting around 3 awesome guys that were also headed to PAX East! Once I landed I was able to feel the cold instantly. I was not prepared for it at all! Luckily the hotel was nice and cozy. I was very surprised at how busy it was at 1am! First day of PAX and I was better prepared! I woke up to a nice fresh coating of snow and a howling wind. Luckily there was a bus stop right at my hotel that drove us directly to the convention center! This is me being super thankful that I did not have to wait in the outside line. Once inside, things started to get busy right away! I was a little late, so the expo hall had just opened up when I arrived. I staked out the twitch booth and would be spending a LOT of time over the next 3 days in this area. I almost immediately started running into friends from PAX South! And I also met with a ton of new friends! I have created a nice twitter list of MOST of the people that I met with and had a business card to swap with me. You should check them all out here: https://twitter.com/BombdogStudios/lists/paxeast-business-cards

Overall, it’s been a bit crazy since coming back from PAX! I have a ton of great ideas on how to continue this growth and reach out to the people I met more. It was really awesome to me how much more enjoyable and productive PAX East was compared to PAX South. I think this was because I was still unknown at PAX South, but be re-engaging with the same people at East, I wasn’t just the creepy sticker guy anymore. It was incredibly rewarding and I am VERY thankful for all the new friends I made and all the new people that have been joining the community!

Now I am super excited for Sunday Funday! See you there!