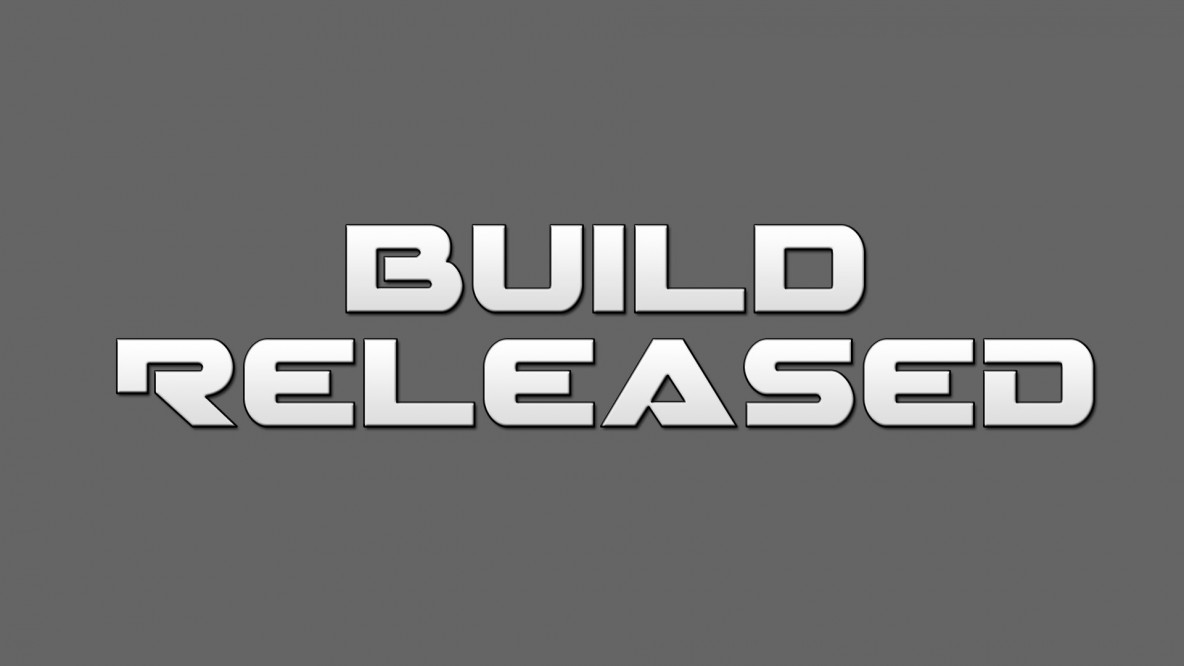 It’s here! This month has been quite the whirlwind! The March update has been more than just in game work, that is for sure, and this trend will continue through out the coming months. You can see this out of game work in our newly announced Partnered Streamer program [Apply Here!], of which we currently have 5 partners, with many more applications in various states of progress! Check them out: abrekke83, alicewashood, iamalphena, reverentsaint, and thunderceptor11! This means there will always be more ways to enjoy MAV and the community will not be bottle necked by my limited time to stream. Don’t worry though, Sunday Funday’s are not going away! In fact, in last Sundays stream, Rachael, ‘Queen of Merch’ and the Bombdog Studios CEO, was able to join me on stream for an hour long QA session! We are looking to make this a more regular occurrence.

Now, for the In Game Goodness!

Now that the heat system has been in for a full update I was able to gather enough data to make some adjustments. The first one is making the environmental heat actually affect the MAVs and level objects. It will be much harder to overheat a part on levels like No Mans Pass vs hot levels like Crater Arena. This should play into the overall build strategy you chose when deploying into a given environment.

In addition to this, the heat dispersion system was updated. They amount of heat ‘bled off’ to other parts has increased slightly, which will help normalize heat values across parts. This also means that when a part starts to overheat, more of that heat is pushed to surrounding parts as well. While this helps prevent passive heat damage, it also increases the effect heat based weapons have on a target!

All of this was also made possible by tracking down and fixing the issue related to heat damage that was dependent on frame rates. Heat now behaves predictability, no matter if you are at 15 fps or 150 fps.

What good would heat system changes be without weapons that look to take advantage of it!

Introducing the HADES howitzer cannon. This howitzer was a favorite terror weapon of the UEC in the mining camps. Fire always seems to invoke a primal fear in people, especially when it’s delivered from over 900 meters away and explodes into a fiery pool of napalm! Relying on the burning effects of the napalm and less of the explosive power of the shell, the HADES looks to fill the area of denial role with a bit more staying power than pure explosives.

These used to be used to bore fast tunnels into the outskirts ice shelfs of Europa, they have now been weaponized to coat a MAV in flames to overwhelm it’s cooling systems. Since these work better the more fire they coat, they tend to deploy in a large cluster. Just be sure to remember where you use them!

I spent weeks pouring over all the weapon usage data that I have and set out to correct some patterns that I was seeing. MAV has a LOT of weapons, but what I was seeing from the data is that a lot of these weapons were not being used at all. Even worse, some entire categories of weapons seemed to get significantly less play time than others. I set out in this update to help bring the usage of weapons in line, primarily through making the less used weapons more effective and fun.
LGT variant weapons

This group of weapons were the least used in every report that I ran. There was just not enough of a balanced trade off to make the lower health worth it. To fix this, LGT weapons got a health increase across the board. In some cases, the LGT variant will even be more durable than the HEX one! They do still have a lowered armor value, but it’s not forced to zero on all types. This means that while the LGT variant may have more hitpoints, it will be significantly weaker when facing splash damage weapons. One item that they do gain from losing that armor; They provide cooling instead! While not enough to bleed off heat like a radiator, the minor amount of cooling they provide can surly make a big difference when dealing with heat based weapons.

It is official, the Ivan is over powered. I tried in every way to not nerf specific weapons but the Ivan [and Bertha for those that have it] was so out of line from the rest of the howitzers that something needed to be done. I wanted it to keep its hard hitting, double tap, of damage, so it needed a fairly significant decrease to it’s rate of fire to accommodate this.

The Centurion however, had a bit of the opposite problem, so it got a small boost to it’s damage. This brings it into line with the Ivan and makes the choice between these weapons more enticing [2 shells spread out vs 1 shell with larger area of damage].

It finally happened. I buffed the damage across the board on machine guns. While it is a small increase, it is enough to bring ‘Machine Gun Primary Builds’ back into the meta. In addition to this, the 160 variant got a significant range buff [no accuracy change though] and also does a significant amount of heat damage on impact. You can identify the 160 by it’s red tracer bullets.

Assault rifles found themselves in a bit of a pickle between sniper rifles and machine guns. To help pull them out as a weapon in their own right, they have had a small range increase, pushing them into small sniper rifle territory, along with an increase in accuracy. This will allow them to fill the role of the mid range suppression weapon they were intended to be.

Overall these weapons lost a bit of weight. However, that doesn’t mean you want to stack them all over! They do carry lots of flammable fuel, and now you will feel the effects of that when they explode! When a FLAMER explodes, it will do a small bit of area damage, as well as catch anything in this area on fire!

Rockets have been a staple secondary weapon since MAV was released. Through the data I have though, it seemed they were being blown off at a much faster rate than the other weapons, making them overall less effective than they could be. To balance this, rockets have seen a health increase across the board.

A fun weapon that saw a bit of use when it was released, but it’s use has been in decline ever since. From looking through the data, it was too much of a situational weapon that could not be used to support team mates, as it was designed. To increase it’s effectiveness, it’s range has been increased to 300 meters, with the similar drop off curve it had before. This allows nice mid range use, but also opens up long range use to very skilled pilots.

Both of these weapon groups have been given an increased amount of heat damage on impact. This allows them to be more effective in within certain builds and plays well with their increased rates of fire.

Cockpit shake on impact used to be determined by the aim stability stat, inside of the cockpit. After testing, it made more sense to have this affect be controlled by the shock absorption stat of the chassis instead. This leads to tanky builds to actually shug off incoming fire, no matter what cockpit they have. This is more inline with what natural expectations are for players as well.

While I won’t list every bug I found and fixed, the 2 significant ones for players are these.

Chassis rotation frame rate issue – In higher frame rates, the rotation speed of your chassis could be negatively effected. Now, the turning speed is the exact same, regardless of the frame rate or frame rate variations that might occur.